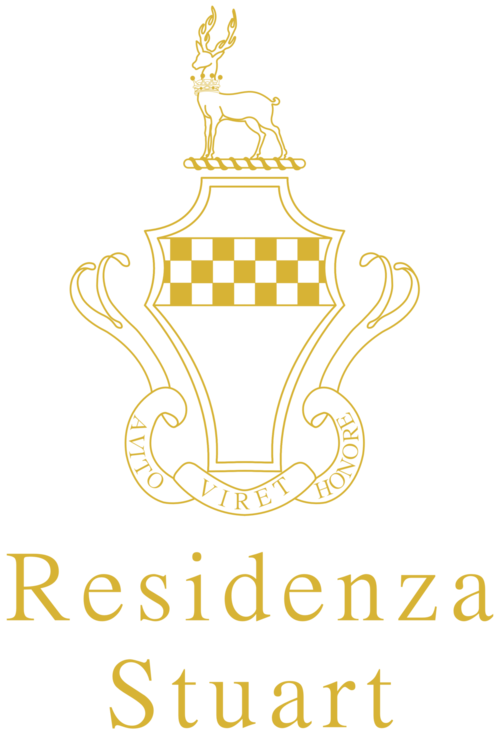 The history of restoration

For the furniture, we had fun reopening the drawers, restoring paintings, wardrobes and objects, hoping to give you, too, those feelings that probably made our great-great-grandfather Sir William Stuart, Captain of the Royal English Army, and his wife Anna Camp, decide to leave everything and everyone in Edinburgh, in about 1860. and come to live here, in the Tuscan countryside, far from the big and famous cities, but perfectly halfway between the rational and classical Renaissance Florence and the sumptuous, elegant and imaginative papal Rome of the 16th century, as you will discover by walking around the town or "outside the walls".

Most of the furniture was created between the end of the 16th and the beginning of the 20th century; it is mainly of Italian manufacture, and there is no lack of examples of high Florentine craftsmanship, which recall the Medici Villas in the countryside.

Almost all the paintings depict country landscapes or mythological scenes and, as in the Italian tradition, sacred and profane images can be found.

Also of interest are some lithographs of the Roman school which represent mythological scenes and a Saint Lucia, painted at the end of the XVI century, which seems to come from the circle of the Sienese painter Domenico Beccafumi.

Today it is used as a furnishing element, but for many centuries it has been used to take and store water from springs and to cook.

Other news, you can get them from Cesare, one of the last Ramai Masters, who has his workshop and museum, in Via del Teatro, a few meters from our house: if you visit him, tell him that you live in the house of the Stuarts and he will certainly be able to explain better than us, all the secrets of this beautiful material ... even ours!

Many vases and furnishings are of the Tuscan and Umbrian school and range from the 19th to the 20th century.

Almost all the terracotta comes from the local workshops and Impruneta (Florence). For the restoration of the garden we decided to reuse all the bricks (mattacchioni, and pianelle) made in the mid 19th century by the furnaces of Pienza and Torrita di Siena.

The sheets: the grandmother's inheritance....

The tapestries, sheets and bedspreads that we have the pleasure to offer you, belong almost all to the wedding trousseaus of the end of the 19th century and the beginning of the 20th century and we have inherited them from our grandmothers.

They were produced with the hand loom, probably in the textile workshops of Prato, or more probably, in the convents of the cloistered nuns of Lecceto (Siena) and Pienza.

Most of them are made of linen and hemp, two plants that have been used for centuries, for many varieties of fabrics: sheets, military uniforms, ship sails, while others and some bedspreads are made of silk.

For a very long time, Italy has been a world leader in the production of all kinds of fabrics; it is said that the late Middle Ages and Renaissance Madonnas and Saints, painted by various internationally renowned artists, were actually a sort of publicity to show the new fabrics, the shape of the new clothes, the new colours and the Italians competed with the Flemish Masters.

Here in the village, precisely in the Fortress, until about 1930 there was a Bacological Institute, where cocoons were worked, from which silk and many of the plants that still characterize the country roads today, and the town, especially mulberries, were used to feed the worms, which were bred by almost all the families of the village, directly at home ... were a form of income like many others.

The embroideries, instead, were made by the "women of the family": mothers, aunts, grandmothers, groom or bride. Almost all the sheets we have found, were still new and maintain their beauty even if they were produced more than a century ago.

Our garden has been restored between 2013 and 2014, we have not called external companies, but we have worked directly with our hands, using the wisdom of some trustworthy craftsmen, who have been working with us for several years now.

We did not build anything new, but we simply cleaned, fortified, and restored what already existed, we used all the local materials and tried as much as possible to recreate the idea and atmosphere of the Italian garden, which was probably seen and wanted by our English great-great-grandfathers in the second half of the 19th century.

A garden of Tuscany seen, described and built by the Ghete and then by Berenson, Berkley, Pinsent; that of the bell towers, of the streets surrounded by cypress trees, of the time that stopped in an indefinite period, of the sun beating on the bricks, creating plays of light and shade at any hour of the day, of the Madonnas with the Child, of the calm and slowness.

For the restoration, we have used the ancient "technique" of the "riporto", a building practice conceived in the Etruscan/Roman period and used throughout Italy, until the second half of the 20th century: that is, we used all the material already existing on site, which in turn, in past centuries, had been used to build or embellish other architectural elements.

We separated the bricks, stones, earth and everything else that could be used and discarded as little as possible.

If you happen to take a walk through Montepulciano, or other villages, look at the houses, the walls, the churches, you will notice that the material used is the same for everyone, that is travertine stones and terracotta bricks, but each house, each wall, each church, is unique; all are similar, but never the same, and the stones, the bricks are not placed at random, but were placed by wise hands, who were able to put the right stone, in the right place, this building technique also has another name: opus incertum.

We have selected the "mattacchioni", the "pianelle" and the antique bricks and we have used them to make the walkways or the stairs or the walls.

For the paving of the terraces, we purchased new terracotta tiles from a kiln in Castel Muzio (Si), which were produced by hand.

Coming from South Siena, they have a soft red colour, tending to yellow. The kilns further north, on the other hand, produce much redder bricks, the famous "terra di Siena" colour, which originates from the clayey soil of these areas, and which for many centuries has also been used in painters' workshops to obtain the intense, warm red colour.

On the back of each tile, there is the imprint of the craftsman, the worker who created it; each kiln has its "imprint" which is a sort of signature, and even in this case, each brick is similar, but never the same as the others.

The wall on the second level of the garden is a dry stone wall; this too is a very ancient masonry technique, which involves the interlocking and overlapping of stones, without the use of lime or cement if not in very small quantities.

The base is the original one, characterized by limestone, coming from an ancient quarry nearby, now closed.

To raise it, we went to San Giovanni Terme, in the Sienese town, where we chose stone by stone and then transported them to Montepulciano. Each stone was transported by hand, through pulleys and pulleys, from the road to the level, where our mason Gigi broke them and placed them in a perfect position; contrary to what you can imagine, it was a very beautiful and fun experience for everyone!

Travertine, white in colour, tending to yellow, which changes colour according to the time of day, is the typical marble of these parts.

Very resistant and porous, it has been used for centuries for the construction of churches, or as decoration in patrician palaces, monumental staircases, colonnades and public places.